Ok so this year I decided to mix it up a bit. Since my kids have memories of their first Moms I don’t make a big deal of Mother’s Day because depending on their mood, they are all teenagers after all, I may or “may not” be their Mother.

I decided to take the pressure off this year because no one has benefited in the past so why put the kids up to it. Traditionally, we went to Tulip Festival with all the other families and listened to music and saw all the gorgeous flowers. Unfortunately the theme is Mother’s day there and there was a lot of pressing the kids about what they did for their Mom’s. Well guess what not your stinkin business what they did for me or their first Mom so lets just skip this all together.

M2, N and I all went to church as they were alter servers. There was a Mother’s Day brunch and talent show so we boycotted it and went home early instead. We started laundry, grabbed my BFF then went up to the Great Escape, which is an amusement park north of where I live. I told them because I was oldest and bought the tickets we had to ride the Comet but past that we could do whatever rides they wanted. Here is what it looks like from the front seat of the Comet, thanks Negative G for the photo!!! 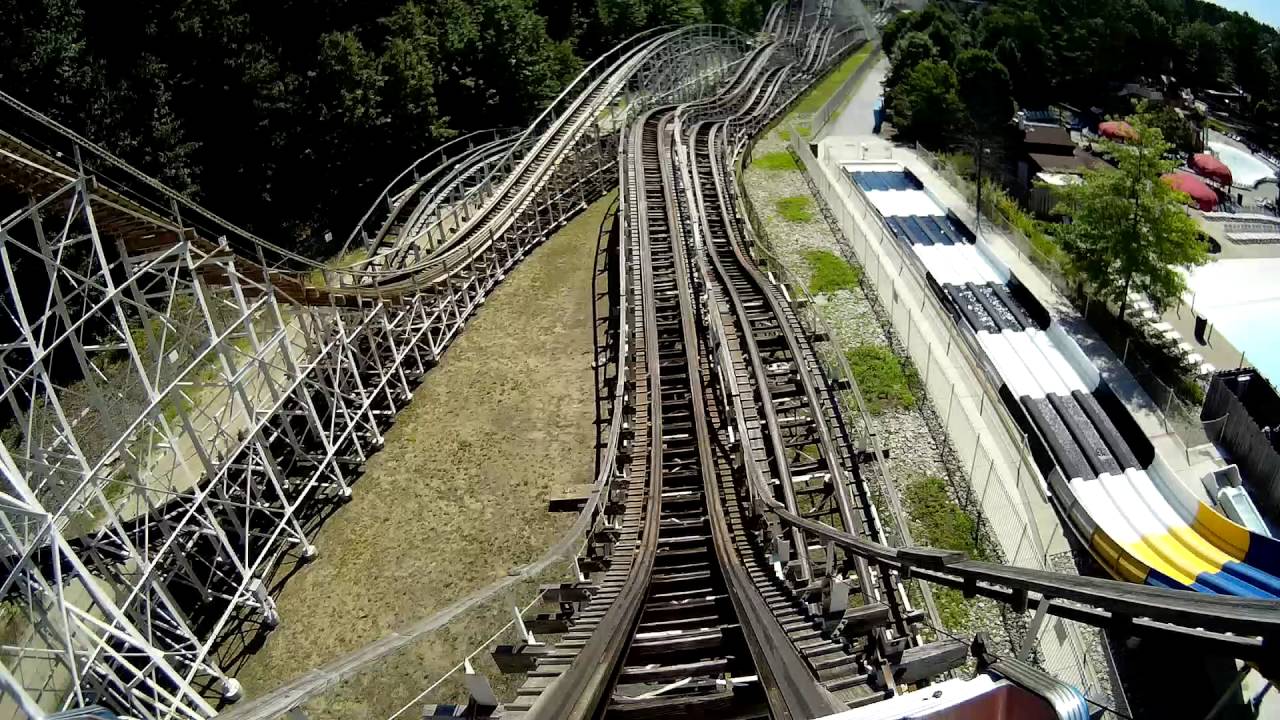 We spent three hours in the park having the time of our lives. Truly I had a blast, best Mother’s day in a long time. There was no fighting no arguing and no complaining. After the park closed we went to the Golden Corral for dinner because it was their favorite restaurant but hey I did not want to cook so win win again. We had ice cream, my favorite dessert and then came home late. The kids went to bed and I sat quietly on the couch thankful for a good day.

Phone dinged and it turns out it was M1. She told me she is in the driveway and wants to come in she has a present for me. Truthfully it was a good day and I did not want to ruin it but hey she made the effort I must be gracious. Soooo at 10pm she comes into the house and presents me with an ice cream cake from Friendly’s. The significance of this cake is twofold, first of all vanilla ice cream cake is my FAVORITE CAKE in the entire world!!!!! The other is that she actually gave me a gift she could not take back later and give to her friends which she had done in the past. I thanked her profusely and gave her a huge hug, I was appreciative she thought of me and also did something positive. She actually hugged me back and asked if I was going with her to the doctors on Thursday. I asked if that is what she wanted and she said yes. Thursday is the gender ultrasound and just a check up. I told her as long as she wanted me there I would be there. She then wished me a good night and was off again. Yes she went downstairs and told the girls good night.

My phone dings again and this time it is my BFF. She asks me “Hey did you check on Facebook today, you might want to, your daughter tagged you in something.” Umm no I had not so onto Facebook I went and sure enough I was tagged in a post that read:

“Happy Mother’s Day Mom. I love you and you’re an amazing mom thanks for putting with my bs in the past 13 years…..idk how you do it but thank you.”

Wow wasn’t expecting that at all…good Mother’s day all around then I must admit!!!